As a result, the company gained improved efficiency and better production quality. 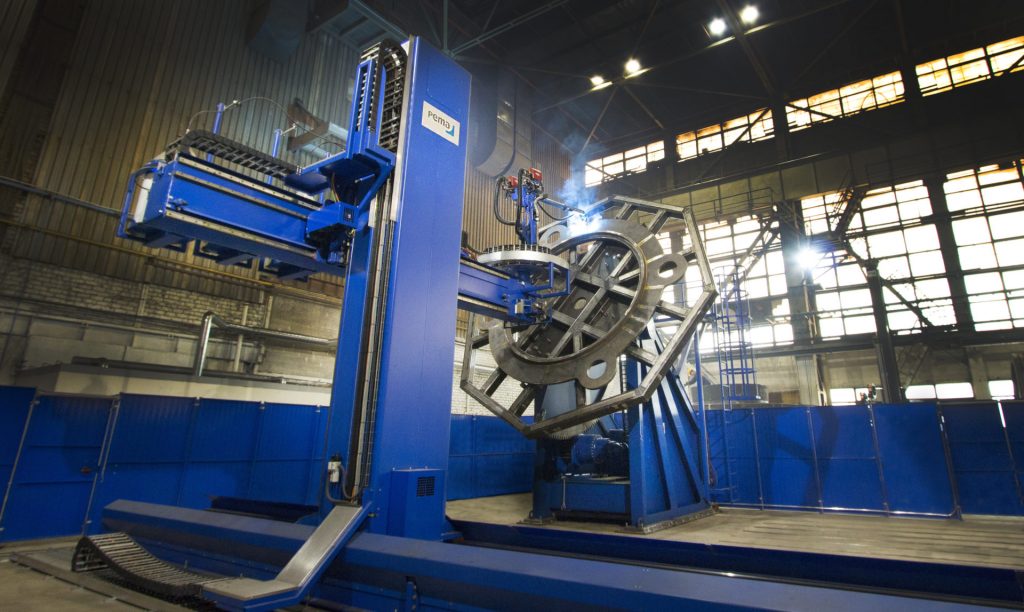 Valon Kone Ltd., the global manufacturing company of rotor debarking machinery since 1940’s, has grown over the past decades from a small machine workshop to the world’s leading supplier in its field. The Finnish manufacturer operates in modern facilities with a total area of 6 500 m2 in Lohja, Finland.

History behind the investment is long and planning of the previous welding station started already about fifteen years ago. It was supposed to be replaced in 2008- 2009 but due to a prevailing recession at the time and another fairly large investments, the plans of replacing were postponed.

Originally the planned solution was somewhat less complicated, but as the as the planning went further, the station grew in size and versatility. Today, the investment fits well in the company’s current strategy of increasing its in-house welding. The other alternative would’ve been outsourcing, which the company tried to avoid.

– When it comes to subcontracting and single part production, the logistic chains are often way too complicated. Our aim is to take more heavy fabrication back to our own premises because we have heavy welding facilities here in any case. That’s why we decided to invest in a solution which allows us to weld heavy work pieces in addition to parts fabricated in high quantities, says Jurvanen.

Now as the welding station is assembled and commissioned and our personnel have been trained, we think that we made the right decision. We became convinced of Pemamek’s strong competence during the process. 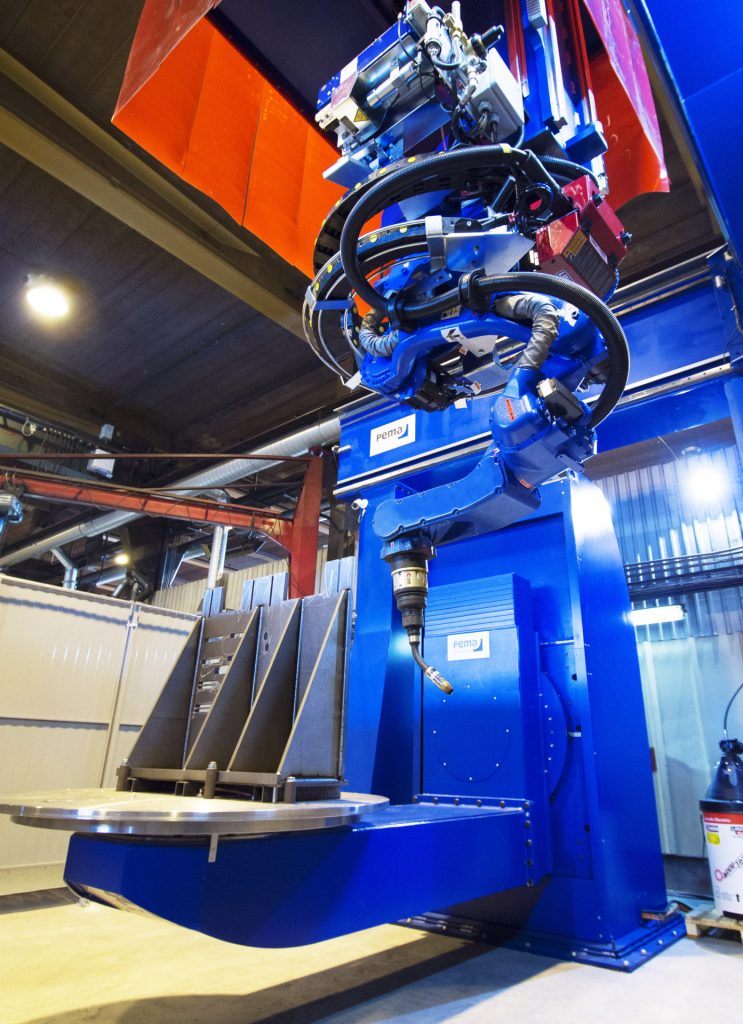 The objectives of the investment were to increase productivity, gain better quality of welded parts and raise utilization rate of own fabrication capacity.

Based on simulations carried out with a selection of different work pieces, the robotized station provides a distinct increase in productivity when compared to manual welding.

– Now as the welding station is assembled and commissioned and our personnel have been trained, we think that we made the right decision. We became convinced of Pemamek’s strong competence during the process, tells Jurvanen.

The simulated results have now been verified in factory tests. Plans are to use the new welding station in two shifts and double the earlier robotized welding hours to about thousand hours per year.

The solution, designed and implemented in collaboration with Valon Kone and Pemamek, will be able to weld anything from smaller high-quantity parts up to large machinery frames in an effective and flexible way by maximizing the company’s in-house fabrication.